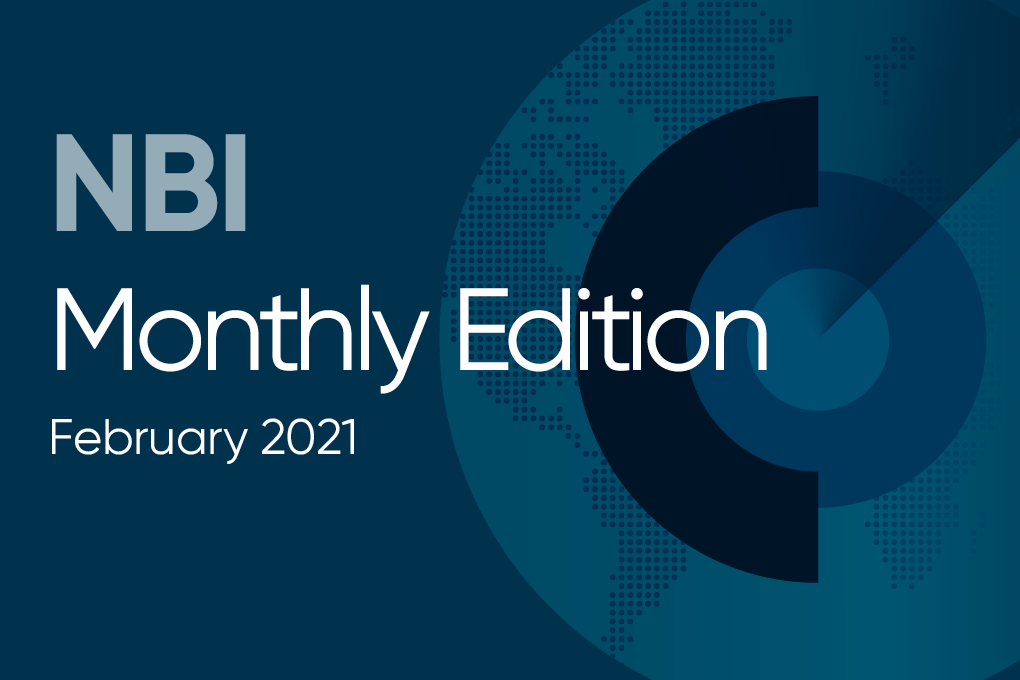 Not so long ago, emerging economies and their sectors of economic activity could be broadly divided into two categories: on one hand, commodity-exporting countries such as Brazil and South Africa, and on the other, goods-producing countries such as Mexico and China, the result of outsourcing strategies by companies mainly from developed economies. In both cases, the economic growth of emerging markets was closely tied to the economic condition of developed countries.

Now, a few decades later, the portrait is quite different. While emerging markets still depend on developed economies to prosper, many are distinguished by rapid urbanization, greater consumption of goods and services due to the increased purchasing power of their populations and the prospect of gradual adoption of new technologies, particularly in the information technology (IT) sector.

These factors are likely to contribute to the economic growth of some emerging markets in the coming years. Let's take a closer look.

This is an overriding trend that has been going on since the mid-20th century. The world's populations are leaving rural areas en masse in favour of urban areas. While the trend can be seen in most countries around the world, it is even more substantial in emerging countries. According to the UN1, nearly 53% of India's population will reside in an urban centre by 2050. In South Korea, an estimated 86% of the population will live in urban areas by that time. In China, it is 80%. 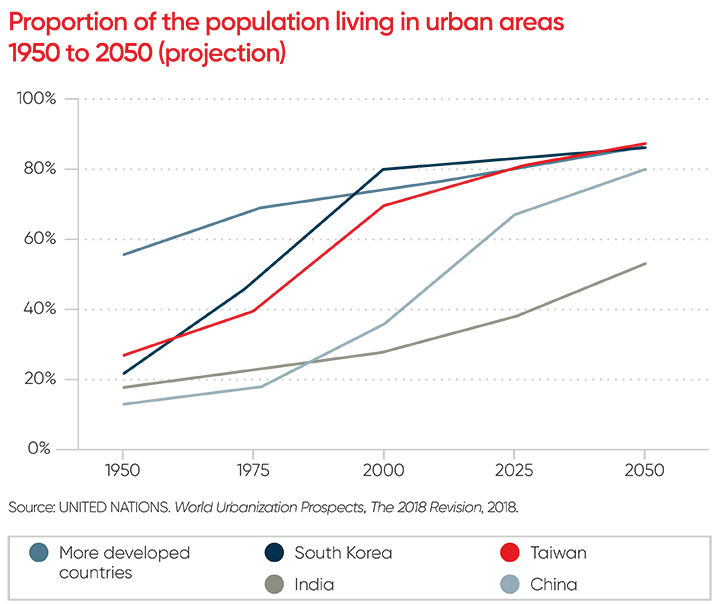 These  significant urbanization rates will bring their share of challenges for these economies, but undoubtedly represent an opportunity for investors.

Indeed, with the emergence of these new megacities, and in order to ensure they function smoothly, creativity will be required to develop sustainable infrastructure in the coming years, particularly in the transportation, renewable energy, IT, utilities and healthcare sectors.

Many emerging markets are characterized by the relative youth of their populations. In India and South Africa, for example, the median age of the population is 28.7 and 28, respectively, compared to 41.8 for Canada and 38.5 for the United States.

These populations are particularly dynamic and have more and more access to quality education. The result? This younger generation of consumers, mostly living in large urban centres, are seeing an increase in their disposable income. They are willing to spend money on goods and services, often luxury options, such as travel, cars, designer clothes, high-end restaurants, appliances, arts and entertainment, etc. This is a huge market that should not be underestimated.

Today, every country must strive to develop technological infrastructure in order to ensure its competitiveness in our globalized economies. To prosper today and in the future, people need high-speed Internet access and mobile broadband services, while being confident that the data being transmitted are protected. However, many emerging markets continue to lag in terms of adoption rates for new information technologies, compared to developed economies. According to data compiled by the World Economic Forum in 20192, only 34.5% of India's population had used the Internet at least once over a three-month period. In China, this proportion rises to 54.3%. Meanwhile in Canada, 91% of the population uses the Internet at least once every three months.

While everyone agrees that much work remains to be done to make some emerging countries more competitive with developed economies, the fact remains that this forthcoming transition towards digitalization in emerging economies represents a tremendous growth opportunity in an era where we can do just about everything with an app on our smartphone, such as ordering food, paying bills, learning a new language or trading stocks and mutual funds.

The information and the data supplied in the present document, including those supplied by third parties, are considered accurate at the time of their printing and were obtained from sources which we considered reliable. We reserve the right to modify them without advance notice. This information and data are supplied as informative content only. No representation or guarantee, explicit or implicit, is made as for the exactness, the quality and the complete character of this information and these data. The opinions expressed are not to be construed as solicitation or offer to buy or sell shares mentioned herein and should not be considered as recommendations.

NBI Funds (the “Funds”) are offered by National Bank Investments Inc., a wholly owned subsidiary of National Bank of Canada. Commissions, trailing commissions, management fees and expenses all may be associated with mutual fund investments (the “Funds”). Please read the prospectus of the Funds before investing. The Funds’ securities are not insured by the Canada Deposit Insurance Corporation or by any other government deposit insurer. The Funds are not guaranteed, their values change frequently and past performance may not be repeated.

® NATIONAL BANK INVESTMENTS is a registered trademark of National Bank of Canada, used under license by National Bank Investments Inc.